Yes! There really are two people called Essenhigh Corke worth writing about on a garden history blog.

Today’s is Henry, son of Charles  who was the subject of a  post last month. Henry was even more talented than his father  and gained a formidable reputation as a pioneering photographer. He was also a keen botanist and a Fellow of the RHS, and managed to combine his two passions in the beautiful photography for gardening books including several for Harry Higgott Thomas, who was subject of last week’s post. In fact it was through researching  Harry Thomas’s work that I discovered Henry in the first place. 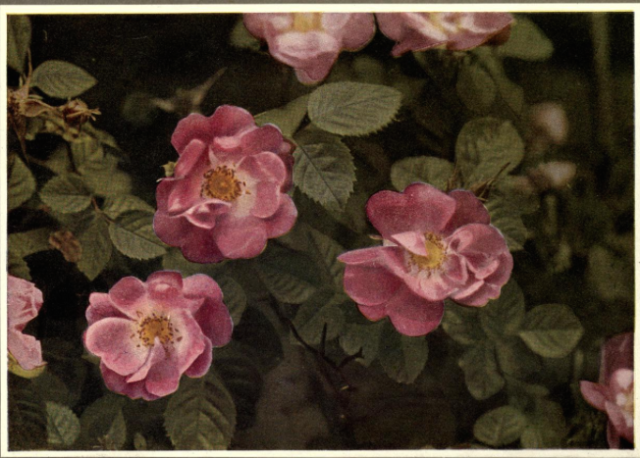 Sadly, as was the case with his father ,very little seems to be known about Henry’s personal life, and there are no known photographs, which is a bit odd considering several of his family were professional photographers and ran a photographic studio, but read on to find out what I have managed to discover… 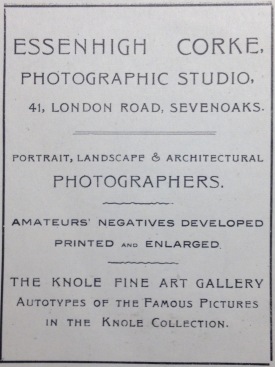 Born in 1883 Henry Essenhigh Corke began working at  his father’s photographic studio in Sevenoaks in Kent in 1901. He must have been both enthusiastic and gifted because he was elected a  a Fellow of the Royal Photographic Society in 1905 at the very young age of 22. In 1910 when his father retired he took over the management of the  studio, and at about the same time their  advertising changed to ‘Portrait, Landscape and Architectural Photographers’ to reflect their new wider  interests.

An Old-World Border at the Chantry House, Sevenoaks, from Round the Year, by Harry Higgott Thomas, 1916   https://archive.org/details/roundyearingarde00thomrich

Henry must have been fascinated by the cutting edge of photography, because within a few years he was not only exhibiting work but giving lectures and practical demonstrations at the Royal Photographic Society.  In 1909, for example, he spoke about his work trialling colour screenplates, in 1912 on his studio work and then later in the year about autochrome photography [for more technical information about this process which revolutionized colour photography using, of all things, potato starch]  see:

The following year he talked about experiments with early flash light processes using magnesium flares, and in 1914 about portraiture.  He was also a pioneer in the use of that  revolutionary new gadget – the pocket camera!

And he was putting what he preached into practice with a range of photographic work all of the highest quality. So the news of his death on 24th February 1919  must have come as a great shock to his friends and fellow photographers.  His obituary in the Photographic Journal said that  Henry “was one of the best known professional photographers of the younger generation” and that  “although he had suffered severely from illness during the last few years and was somewhat frail in appearance, yet his youth and cheerful spirits encouraged his friends to hope that good if not robust health was in store for him in the future.  Unfortunately the recent inclement weather was more than his enfeebled frame could withstand: he contracted pneumonia and died from heart failure… in his 35th year.” (Photographic Journal, 1919, p.102)

Another obituary marked him out as “an enthusiastic and very successful photographer of flowers not merely in monochrome but in the Autochrome process. His work in the field represents some of the finest Autochrome colour transparencies which have been made, and was in great demand for the illustration of books on horticulture.” [ British Journal of Photography Almanac, 1920).

Groundsel from How to Find and Name Wild Flowers, 1908.

This was certainly true. According to the British Library catalogue during his short life he illustrated three books  on plants, whilst  a fourth was published posthumously.  In fact, at least 3 other books used his photographs and there may well have been more since some publishers did not include the photographers  names on title pages or even acknowledge their authorship on individual photographs.

In 1908 four of his autochrome plates were used in How to Find and Name Wild Flowers by Thomas Fox, which was published by Cassell, the leading gardening publisher of the day. 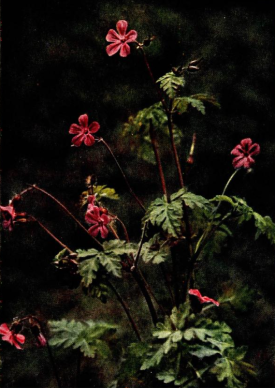 His first acknowledged work, in 1911, was however, Wild Flowers as They Grow which contained short chapters on 25 common hedgerow plants. The text was by Gertrude Clarke Nuttall, a pioneering woman science writer and Henry’s accompanying photographs were taken “direct from nature.”  These were colour plates made from autochromes. 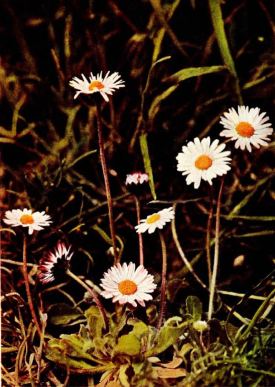 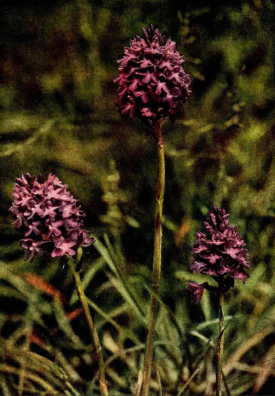 Next came some more stunning autochrome plates for Harry Higgott Thomas’s  Rock Gardening for Amateurs, which was first published in 1914 by Cassell, and later went into several other editions. 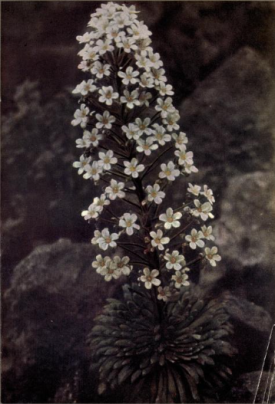 from The Book of Hardy Plants, 1915 https://archive.org/details/bookofhardyflowe00thom

Henry collaborated again with Harry Thomas on The Book of Hardy Flowers, which was published in 1915 and again the following year on Round  the Year in the Garden,  both for Cassell as usual. Here he moved from photographing mainly individual plants to borders and longer garden views.

This time instead of photographing individual plants growing in the garden or countryside, he took much larger scale pictures which really bring the gardens to life, and reveal some of the intricacies of early 20thc planting and design.

High Summer in the Garden, from Round the Year

In the Garden at Woodside, Chenies, from Round the Year

And Called-World Border at the Chantry House, Sevenoaks, from Round the Year, 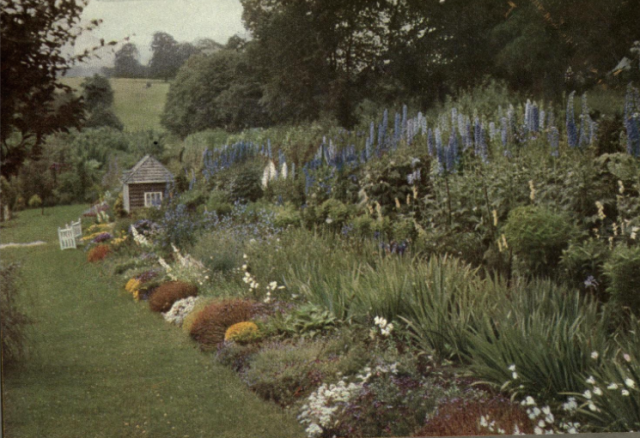 Rock and herbaceous Border at The Glebe, Sevenoaks, from Round the Year

Finally there were two posthumous books.  Another with Harry Thomas on roses  that appeared in 1920, and  another with Gertrude Clarke Nuttall  on shrubs,  that  came out in 1922, both for Cassell.

The studio in Sevenoaks passed to his  younger sister Beatrice,  who was obviously also a very keen photographer because in 1920 she too was elected to the Royal photographic Society.  I’d guess the business closed when she retired, although she did not die until 1970. 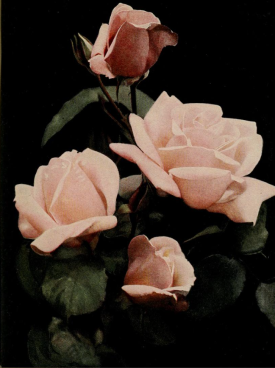 Henry did not confine himself to flowers although they were clearly his main interest. There is a striking Mother and Child image in the National Media Museum and a pair enormous images of an industrial scene – 3 foot 6 inches by 2 foot 6 inches – currently for sale in a commercial gallery.

Some of Henry’s flower  transparencies are in the Royal Photographic Society collection, and another 1000 glass sides of all sorts are now in the Kent County Archives. These  were only discovered in 2008 when the former studio was being renovated, and include many  studio portraits taken during the First World War.  If you want to know more about that story then take a look at: 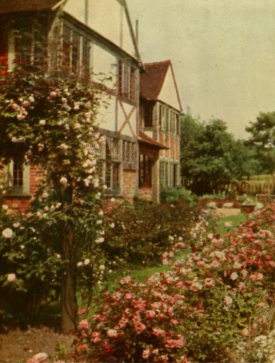 Frontispiece from Round the Year, https://archive.org/details/roundyearingarde00thom

Henry Essenhigh Corke developed a very distinct style of photographing individual flowers and plants which was way ahead of its time.   His work was still being talked about 20 years after his death at the Royal Photographic Society and one can only wonder what might have happened had he lived a few more years and continued to be as enthusiastic, inventive and inspired.

Annual Phlox in the foreground of the Flower Garden, Chevening Park, from Round the Year